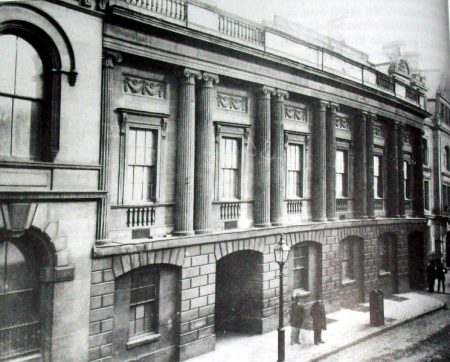 The Birmingham History Forum have been kind enough to provide us with some information about the history of Birmingham Moor Street Station where Centenary Lounge is situated.

If you’ve ever wondered what was on the site before Moor Street Station was built in 1909, the answer is that first it was a ‘public office’, and later a prison.

The original prison in Birmingham was located at Peck Lane and opened in 1697. It was extended in 1757 and finally demolished to make way for the construction of New Street station which was opened in 1854.

The Moor Street public offices were built in 1806, on the site where we are now, and were used as a meeting room and also a court room, prisoners being led from Peck Lane to the court for trial.  This practice apparently drew quite a crowd who became excited at seeing the wrongdoers being led across the city to the court in Moor Street. 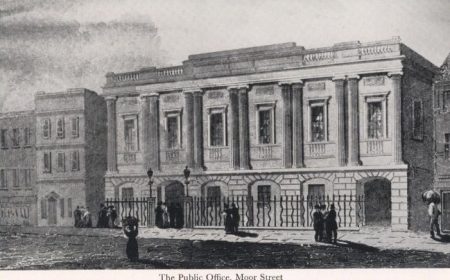 So it was decided that it would be better to build a holding prison at the site of the court building, which was done in 1830. The prison was either at the rear of the building or most likely below ground level – nobody seems to know for sure.  Lack of space for prisoners was always an issue and finally it was used for holding prisoners before and after trial. Those that were found guilty were sent on to Warwick prison.

The new Victoria Law Courts were opened in 1891 and the Moor Street site was eventually cleared for the GWR station to be built in 1909.

Many thanks to Neville Philpott and to the Birmingham History Forum for providing us with this information.

Sign up to receive our newsletter and be first to know about events, VIP offers and more...