By the late 1930’s, The GWR Great Western Railway had long been recognised as the epitome of luxury British travel. Specifically designed to take people from London to the Southwest Ports such as Bristol and the emerging holiday destinations of Paignton, Penzance and Plymouth. From the start, it was planned that it would outshine its northern counterparts in both performance and style.

The GWR first entered service in 1838 and quickly became popular due to its efficiency and high standards of accommodation and cuisine. The project was developed by the great British engineer, Isambard Kingdom Brunel, and soon became an icon of British excellence and achievement.

Of significant importance to the company was the overall experience of the traveller.  To achieve this, the company created their own network of hotels and restaurants at stations and major junctions –   later it would even develop superb onboard dining experiences.  In 1877 it opened its first “country house hotel”, the Tregenna Castle in St Ives, Cornwall and soon added the Fishguard Bay Hotel in Wales and the Manor House at Moreton Hampstead in Devon.  Company hotels soon developed a reputation for excellence and were easily recognised by their use of the now classic GWR branding.  It is widely believed that the Great Western Railway essentially invented the modern-day tourist spots of Southwest Wales and the West Country. May 1896 saw the introduction of first-class restaurant cars and the service was extended to all classes in 1903.

Reinventing this tradition, Centenary Lounge opened their restaurants and hospitality salons at three of the important stations in the West Midlands that linked people of the region to the Southwest along the GWR network – Birmingham Snow hill Station, Birmingham Moor Street Station and their headquarters near Worcester – Foregate station in Worcestershire.  Not only are these venues styled to match the golden age of luxury rail travel they also use exceptionally detailed replica 1930’s GWR giftware crockery and tableware which is available to purchase as a souvenir or future collectable.

Exclusively created together with the National Science Museum and the National Railway Museum, ‘Recreations’ is an array of replica 1930’s GWR-branded giftware porcelain. Every item of crockery is decorated with the iconic GWR roundel and signature black leaf Art Deco pattern, as seen on the original porcelain used in the company’s famous trains, stations.  The crockery, glasses and wine boxes have been fashioned with complete attention to detail, perfectly recapturing the unique designs and commemorating a wonderful time when stylish adventure and exploration were a quintessential British pastime.  High-quality wines are also available to buy, complete with GWR branded labels and sold as part of an elegant giftset, with replica glassware. 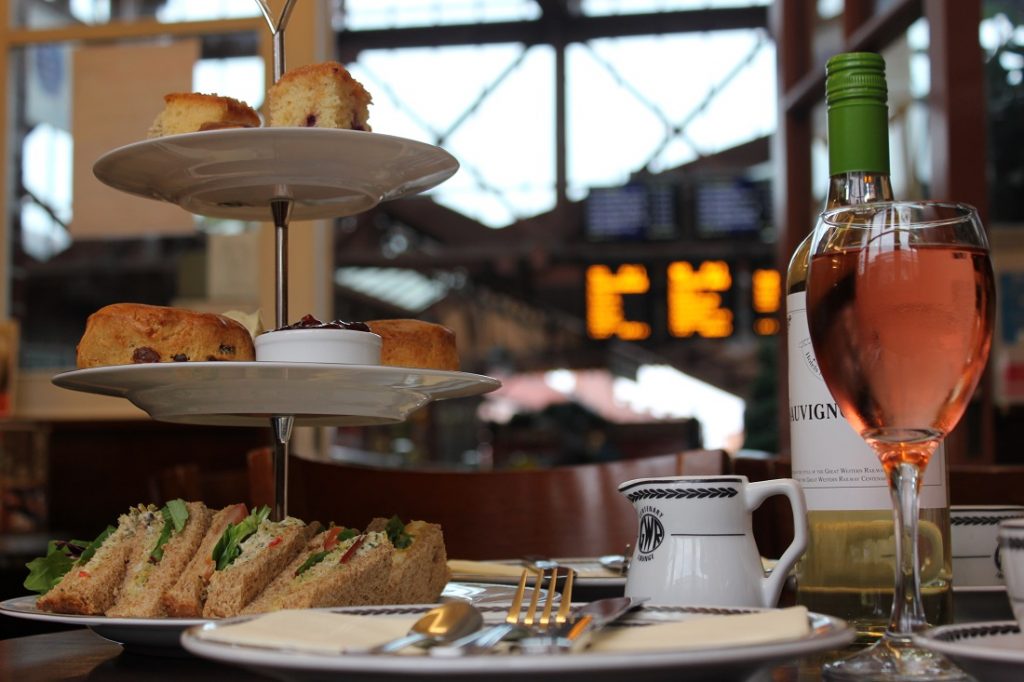 1930’s GWR giftware is available from a range of outlets across Britain but can be purchased here on our website.

Mother's Day is just around the corner, but don't

OMG! Have I got something super special for all of

With Mother's Day just around the corner on Sunday

Our GWR crockery, glasses and wine boxes all perfe

Who doesn't love a scone with a cup of tea. What

Did you know that our crockery and giftware range

Where there is love there is wine, cheese and choc

Place your orders for our Valentine's Day gift box