We think that afternoon tea is probably one of the most important advances in human civilisation.   Let’s face it – what can be better than relaxing in an elegant environment and sipping on perfectly made beverages while slowly but surely nibbling your way through an assortment of delicious treats from salmon sandwiches to freshly baked English scones with cream and strawberry jam. It may not be the cleverest invention, but we believe that it is simply the nicest. So, if you are looking for an exceptional Afternoon Tea in Worcester, then Centenary Lounge is the place to find.

Afternoon teas may be the most quintessential of English customs, but you may be surprised to discover that it is a relatively new tradition that only first truly emerged during the late 19th century.  While chai ceremonies in China date back thousands of years and Japanese rituals first emerged in the Heian Period around 850AD, it’s widely believed that tea only started to become popular in England during the mid-1660s.

Ironically, the popularity of this drink in Britain can be attributed to Catherine de Braganza of Portugal who brought her penchant for the hot beverage with her when she moved to England after marrying King Charles II.  Pretty soon the rest of British high society were following the fashion and sipping tea at every opportunity.  Some historians even believe that Catherine introduced the name ‘Tea’ as her luggage was said to have the letters T.E.A emblazoned on it which stood for ‘Transporte de Ervas Aromaticas’ (Transport of Aromatic Herbs).

In 1762 John Montagu, the 4th Earl of Sandwich, accidentally invented the world’s most popular convenience meal when he demanded that his cook place some cold meat between two slices of bread so he could eat without leaving the table where he was gambling.  The cook – horrified by the strangeness of the request – is said to have at least trimmed the crusts. 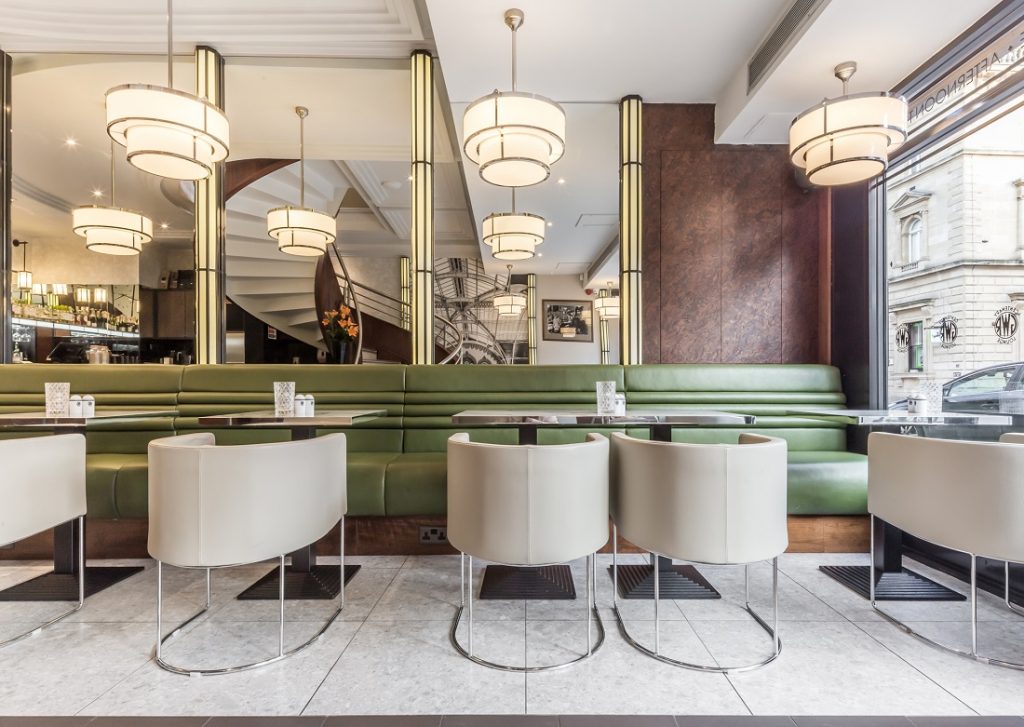 The idea of joining the sandwich together with tea is said to have been popularised by Anna Russell, the seventh Duchess of Bedford, in the year 1840.  Often hungry at around half past four in the afternoon, Anna would have a tray of tea, finger sandwiches and little cakes delivered to her parlour.  As she often had friends around at the time the idea of a sophisticated late afternoon snack soon caught on with British high society.  By the 1880’s it had become fashionable to dress in finery and make an event of the afternoon tea.  It was also considered an excellent opportunity for eligible young men and women to meet in a suitable environment.  It wasn’t long before restaurants, hotels and eateries were offering afternoon teas.  Their popularity was enormous back then and still is to this day.

Centenary Lounge is situated in the heart of Worcester city centre, a stone’s throw from Foregate Street Station and close to many shops and office buildings. We believe we serve the best traditional afternoon tea in Worcester.  We offer a classic selection of delicious finger sandwiches, cakes, scones, clotted cream, strawberry preserve along with a piping hot pot of tea or coffee all set in our beautiful Georgian venue.

✨ GIVEAWAY TIME ✨ To celebrate being able to d

You can almost taste the freshly baked scones, the

It’s less than two weeks until we open indoor se

May has arrived and with it the promise for indoor

Have you bought your Return Ticket yet? The design

It's World Art Deco Day! Our Worcester and Birmin

To celebrate our big reopening and returning to no

We are super excited to reopen on 17th May so have

Fancy a cuppa? You can choose either an English B